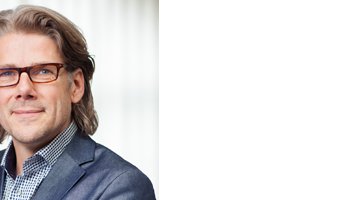 No time for dialogue? That’s crazy

Persoonlijk
The Netherlands is known for its polders (ground reclaimed from the water) and for ‘poldering’, a term that expresses how seemingly contradictory interests meet in the middle and claim common ground. Environment Manager Marc Wesselink wants the worlds of water management and spatial planning to meet. His approach focuses on mutual gains – a concept developed at Harvard for reconciling conflicting interests. Essentially it teaches professionals how to open their eyes to disciplines outside their own, allowing shared objectives to be realised. He was awarded the ROA Consultancy Prize for his ability to unite the opposing parties involved in the Maasvlakte-2 project, the expansion of Rotterdam Harbour.

Water management engineers and spatial planners - they don’t gel, do they?

“I have some doubt about that. The water world and the planning world as I know them are two totally separate worlds. Spatial designers are more creative, they look for opportunities and are able to communicate through visualisation. Water engineers are more into exact science: it is as it is and what has to be done, has to be done. These two worlds find each other problematic. And because of this they aren’t so quick to keep each other informed, they don’t understand each other easily and they involve each other in their respective work very seldom.”

How do you get these two worlds on the same page with each other?

“That’s a difficult one. The relationship between the two is different in Europe and the US, where the mutual gains approach comes from. In the US both parties work towards the classic win-win scenario. In Europe government organisations play a more prominent role and the differences between people and personalities are more prone to play up. As a result, lots of great opportunities are missed, simply because those involved aren’t able to understand each other and they don’t seek each other out in time. Changes later on in the process therefore require an enormous amount of negotiation and coordination.”

Can you provide an example?

“I was Environment Manager in the Maasvlakte-2 project. We aimed to align the issues and interests of the surrounding municipalities and housing association project groups as early as possible. That way you avoid unnecessary commotion and costly misunderstandings at a later stage.”

Assuming that there is a lot of commotion running between the water and spatial planning worlds, would you say this is an information issue or a communication problem?

“Well, can you really separate the two? I believe in the power of a credible dataset, but the question is how do you communicate it convincingly? I say: first by doing it early on and second, by doing it in a contemporary way. So during the initiation phase of a project, you should already be sharing all your information. Not just the municipalities and water authorities, but also with conservationists, environmental organisations and citizens. I often meet elected officials that say ‘I’ve been given a mandate by voters, so it’s up to me’. Yet we so often see that dialogues can lead to such interesting and good ideas.”

The relatively new Environment Regulation [a spatial planning regulation that takes all aspects of our built and unbuilt environment into consideration], along with its implementation instruments (Environment Visions, Environment Plans), is meant to replace the separate regulations and instruments. Thinking only in terms of your own discipline is being nipped in the bud. Yet, surprisingly, the water component has largely been unaddressed…a dumb oversight?

“As a specialist in environment management, I do think it’s a missed opportunity. Water is such an integral part of so many things. But at the end of the day, it’s all the work of individuals. The ministry may say ‘Faster and Better’ [the motto of the board of directors managing the regulatory programme], but whether the power of the regulation can be effectuated all depends on the actions of the individuals or teams of the respective disciplines. However, it must be said that the regulation and tools do provide a better oversight.”

You say that communication should also be contemporary. Do you mean communicative aids such as 3D-visualisation, like the 3Di that will be demonstrated at the conference?

“Yes, a tool like that can be very helpful. But I think that not only should water engineers and spatial planners be sitting at that 3Di-table, but also a broader range of people early on. Involve environmental groups. Not because you have to, but because there is a lot of expertise in that world. People are highly educated now and are able to incorporate a lot of information. It’s a kind of crowd intelligence you create by doing it this way. I think a design program like that is a great tool in connected diverse parties. It helps them to develop respect for each other’s interests: those concerning water management, sewage management, spatial design, the residents living there… And the sewer manager needs to understand that it’s not about his own interests but those of the user. If you create an atmosphere of clarity for each other early on, then respect will follow regardless of any differences. I also feel that you should demonstrate your professionalism by having an understanding of how the other side sees things.”

Sounds good. How do we make that happen?

“By breaking through the barriers at the very beginning. That’s where issues are kept small; where we feel we know what’s best. In general there’s no time or budget to organise a group workshop with a 3Di-table, to look at potential design solutions in a phase where everything is still possible. Not making time for this is a perpetual problem – that’s crazy!”

What will the participants learn in your workshop?

“That the SOM method is not about ‘How do you I manage my environment?’, but about what you need in order to organise a dialogue.” 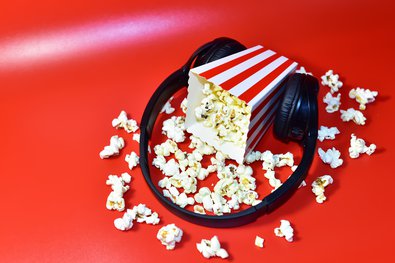 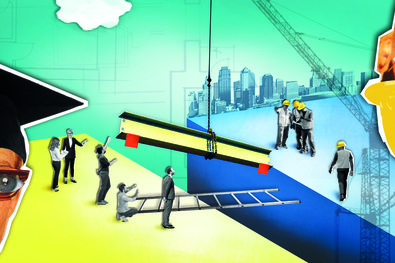