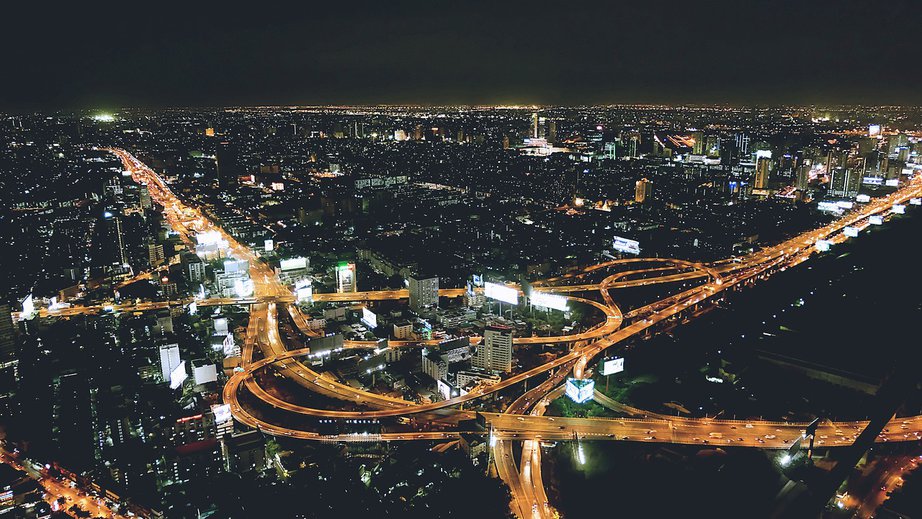 Verslag
Last month’s release of the World Cities Report 2016 marks another milestone in the lead-up to Habitat III, the U. N.’s major summit on urbanization taking place later this year. In offering extensive analysis on how cities have changed over the past two decades, the massive document provides deep technical background to the concise strategy that is expected to come out of the Habitat III conference, known as the New Urban Agenda.

The World Cities Report 2016 offers a definitive feast of urban trend analysis — just in time for negotiations on the New Urban Agenda.

Yet the report will be of interest far beyond those following the specifics of the Habitat IIIprocess. The document, released by UN-Habitat, is an analysis of numerous challenges and trends that the world’s cities are facing today. Although some of the issues discussed are far from new (deemed “persistent”), the past two decades have seen the emergence of trends that are shaping the development of urban areas — and will continue to do so far into the future.

Here are eight key issues addressed in the report.

There is no doubt that urbanization is occurring throughout the world, but the new World Cities Report states that this process is by no means happening at the same rate across different regions. Africa leads the way as the world’s most rapidly urbanizing region, for instance, while Europe saw cities growing the least.

The emergence of large cities has also been a major trend, with the number of megacities increasing from 14 in 1995 to 29 in 2015. However, while these areas may be economic powerhouses, they are neither the fastest-growing urban centres nor do they represent the majority of the urban population. Small and medium cities now account for 59 percent of the world’s population and are growing at the fastest rates.

There has also been a shift in trends in reproduction and age cohorts within cities. As cities grew, the report’s researchers found, fertility rates decreased. This is primarily due to the increase in availability of employment and education opportunities to women in urban areas, analysts suggest. Although the number of children that women are having has decreased, infant mortality rates also have gone down over the past two decades. Thus, many areas are experiencing what is referred to as a “youth bulge” — large proportions of their populations are comprised of people between 15 and 24 years old.

So who makes up the fastest-growing population? As it turns out, that’s people age 60 and over, a group that is growing at nearly 3.7 percent a year. Further, this is occurring all over the world; with the exception of Africa, a quarter of the population in each of the world’s regions is expected to be 60 or over by the middle of the century.

Decentralization began to increase during the 1990s and shows no sign of slowing down, the report finds. Cities are now experiencing the effects of less-centralized governance systems, receiving more and more power to facilitate governance and democracy at the local level.

Since decentralization reforms have been put into place, countries and cities have tried to build more capacity at the local level, establish new revenue-generating ways to fund local authorities, and establish local institutions to work on related initiatives and promote transparency. Decentralization has increased the importance of local administrators, particularly  mayors, while in some places strengthening local systems of finance. A key example is Colombia, which after constitutional reforms in 1991 gave more power to municipalities and underwent a reform of its municipal finance system.

“As cities grow, and spread out over the land, they have been the recipients of a worldwide trend to devolve power from the national to the local level,” the report states, noting elsewhere that “the fact that so many states have chosen to move along the path of decentralization constitutes a remarkable phenomenon.”

Still, the report warns that decentralization processes have strengthened and weakened over the past two decades, “as central governments have failed to fully relinquish financial control over municipalities even when directed to do so by legislation”. Nonetheless, “cities have emerged with generally stronger financial tools than they had going into the period.”

Although slums and informal settlements are not a new problem, their continued growth over the past two decades has made them a central policy issue. The massive rural-to-urban migration that contributed to the growth of cities around the world has also illustrated the many concerns related to the availability of affordable housing.

However, those that initially live in slums do not always stay there, as movement out of informal settlements into serviced neighbourhoods has been considerable. While the proportion of people living in slums has decreased over the past few decades (from 46.2 percent in 1990 to 29.7 percent in 2014), the overall number of these populations increased — indicating that this persistent problem is far from solved.

Two main trends have occurred in relation to the provision of urban services and infrastructure over the past 20 years. First, as countries have improved economic growth, they have also tended to improve access to basic services. This is not happening equally everywhere, however, as regions such as sub-Saharan Africa and South Asia have not been able to keep up with demand for services and infrastructure, while northern and southern Africa as well as Latin America have made considerable strides in this area.

[See: New solutions to close the gap on municipal finance]

The second trend is less positive, however: common public services are still very poor, the report finds. This applies particularly to the significant proportion of the urban population that lives in slums and informal settlements, where basic services such as garbage removal and running water remain largely unavailable.

As climate change has moved to the forefront of the global agenda in recent years, it has also become a major part of the development discussion within cities. As cities are responsible for between 60 and 80 percent of global energy consumption, it has become increasingly recognized that they also need to play a central role in combating climate change.

Cities are also on the frontline of climate-related impacts. Over the course of the report’s 20-year scope, climate-related disasters outnumbered geophysical disasters in the 10 most disaster-prone countries — a trend that shows no signs of stopping. In addition, many of the world’s largest cities are located in low-lying coastal areas that are disaster-prone, amplifying risk, especially for the most vulnerable sectors of the population.

Yet the report finds that efforts made on the international level have yet to be accompanied by corresponding measures at the local level. This could be because local governments are also dealing with other, higher-priority issues such as high levels of poverty and unemployment.

“To date, the measures envisaged at the global and national levels have yet to be accompanied by concerted measures at the city and local levels,” the report states. “The response of cities to the challenges of climate change has been fragmented, and significant gaps exist between the rhetoric of addressing climate change and the realities of action on the ground.”

Increasing inequality was identified as an emerging trend by UN-Habitat, as the gap between the rich and poor in most countries is at its highest levels in the past three decades. This includes the world’s developing nations as well as countries such as the United States, where cities including New York, Washington and Miami have incredibly high levels of inequality. The report found that Asia had the lowest levels of urban inequality, while Africa had the highest.

While the specific causes of the increase in inequality were not identified for all countries, the report does go into detail on some underlying factors. For instance, in the case of New York, the report cites a lopsided recovery from the post-2008 recession as a contributing factor.

In China, the report points to the hukou system as a major cause of the gap between high- and low-income households. This system discourages rural-to-urban migration by preventing migrants from having access to services such as state-supported health, education and housing. Those that do choose to migrate face life in cities without access to services, often working in the informal sector.

[See: Achieving inclusiveness: The challenge and potential of informal settlements]

The global increase in inequality has spawned another trend: a rising number of gated communities. In 2012, for instance, Buenos Aires had over 400 gated communities, with 90,000 homes, while cities such as Johannesburg, Lagos and Nairobi have also seen major increases. This clear segmentation of populations contributes to inequality through the stigmatization and exclusion of certain sectors of the population, experts say.

There has been an upsurge in forced migration across international borders, a trend with extensive implications for cities. The number of forced migrants into Europe increased from 280,000 in 2014 to over 1 million just a year later. While a large majority of these immigrants are coming from Middle Eastern countries such as Syria, many are also from African countries, where unemployment, poverty and inequality are prompting people to migrate.

Regions such as Europe (with rapidly aging populations) stand to benefit from increasing numbers of migrants, who can help ease skill shortages and boost economies. The report cites Leipzig, Germany (which was seen as a “shrinking city”), as an example of how an inflow of migrants may provide an opportunity for revitalization. Thus, although cities may be facing challenges related to integrating forced migrants and fighting xenophobic rhetoric, they can also view this trend as a way to improve economic performance and help fight the effects of aging populations.

Finally, the report cites rising insecurity and urban risk as a major trend over the past 20 years. For instance, the past decade alone has seen a particular increase in terrorist attacks on cities due to their high levels of visibility and their social, political and economic centrality. This has contributed not only to civilian casualties but has also hurt infrastructural capacity, thus impeding development.

Additional risk has arisen as a result of increased movement between global cities, as diseases can now be spread across multiple countries in a matter of months. The report discusses SARS, which originated in the Guangdong province in China and spread to 30 countries within just six months. The global health risks associated with increased urbanization have now become a much bigger issue, which shows no signs of slowing down in coming years.

Another trend has been the increase in mass urban surveillance. This phenomenon is growing at 8 percent a year in developed countries and 30 percent in developing countries, largely in response to feelings of insecurity and growing threats. Cybersecurity has also become a major concern in recent years, as cities and countries are increasingly reliant on technology that is vulnerable to hacking and cyberattacks. 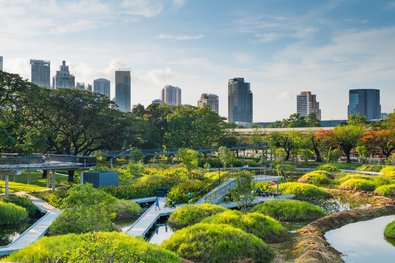 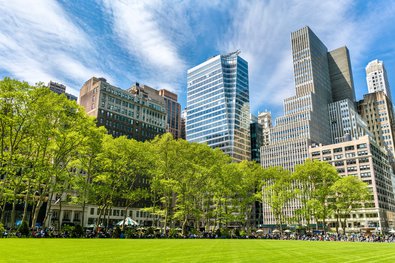