What type of policies and projects can we design to make urban space more adaptive to energy, waste and water resources? In the sLIM-lecture series 2018 we explore the impact and practice of the principles of circularity in developing urban areas, housing and public space. In the first lecture of this series “Circular flows and urban change”, three speakers talk about their experiences with circularity in science and in practice. 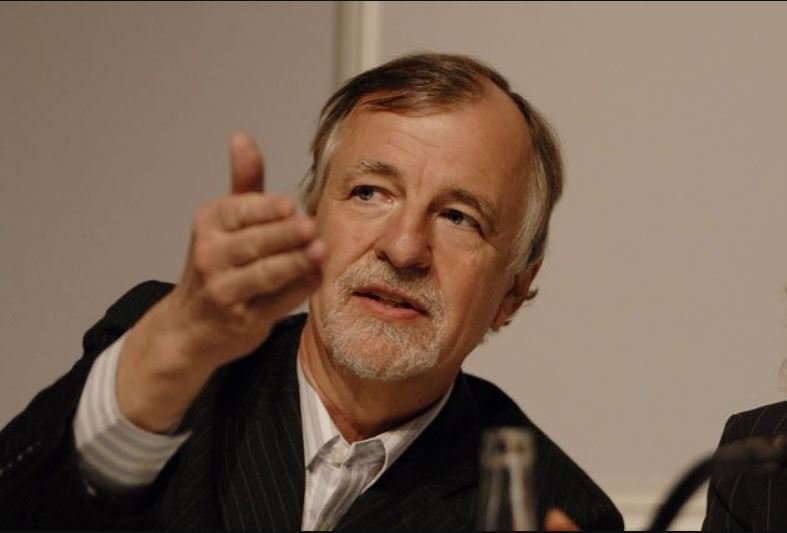 Aiming for regenerative cities
Professor Herbert Girardet (World Future Council) tells that we moved from a ‘Agropolis’, the traditional town embedded in its local landscape, to the ‘Petropolis’, the modern city that emerged during the 19th century and is depending on fossil fuels for production, consumption, and transport. Due to fossil fuels the city is able to grow. In 120 years human numbers have increased fivefold – from 1.5 to 7.5 billion people - while urban population increased fifteen-fold. This urban growth increases the resource consumption. Generally spoken the increase of living standards when living in cities goes together with the increase of human impact. Professor Girardet shows that cities, located on 3-4% of the land surface of the earth, use 80% of its resources and discharge the bulk of solid, liquid and gaseous wastes. So cities are dependent systems, since they require resources from distant places. 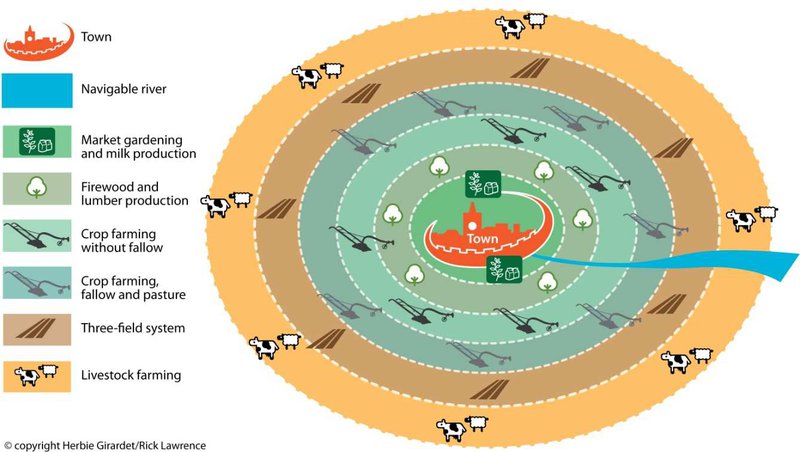 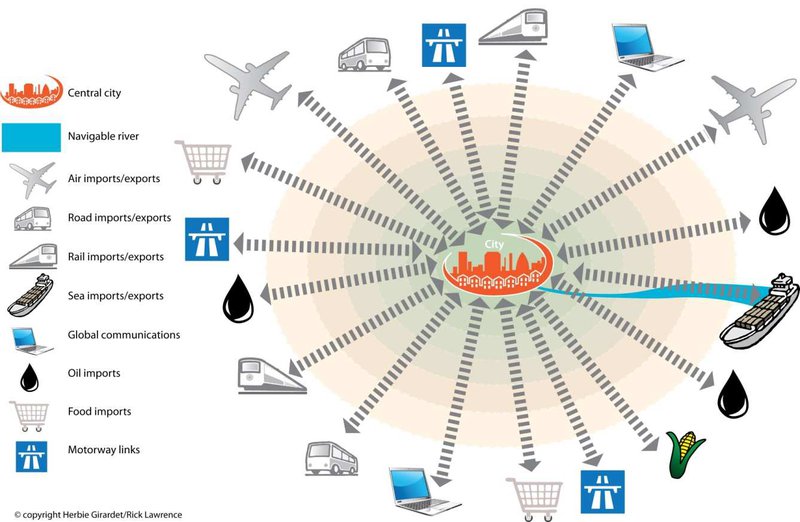 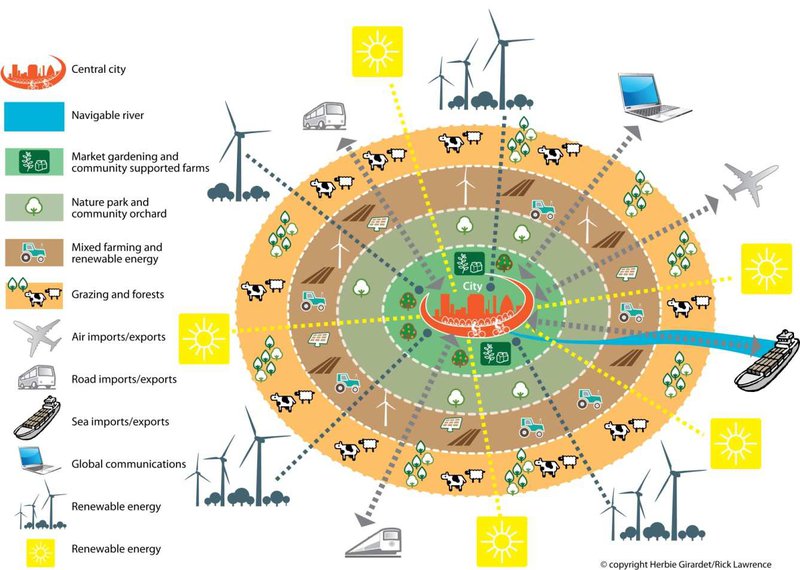 Since the start of the 21st century we are working on an ‘Ecopolis’, an ecologically as well as economically restorative city. It proposes a new integration of the human habitat within its local environment. A new emphasis on regional food needs to be augmented with local, renewable and modern energy supplies.

Urban designers focus too much on urban structures, says Girardet. They say: if we densify the city, we are sustainable. According to Girardet this is a limited view, since the metabolic processes define urban impact. He explains this by showing the ecological footprint of one of the most dense cities in the world, Hong Kong: its ecological footprint is 540 times larger than its surface area or 5 global hectares per capita. This means that if everyone in the world lived a Hong Kong lifestyle, we would need 2,6 planet earths. And if everybody lives like people do in the Netherlands or in London, we need even 3,5. 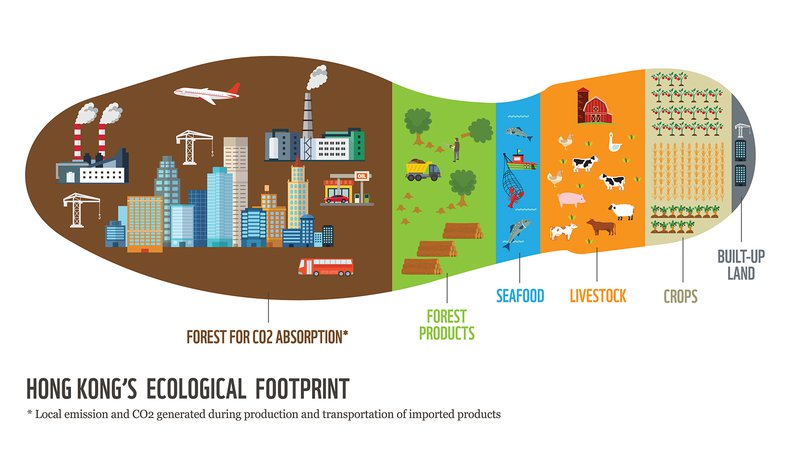 For creating a more sustainable world (ie staying within the boundaries of our planet), China plays a big role. From 2000 to 2010, urban centers expanded by over 80%, proportional to an area of farmland half the area of the United Kingdom. China is reconsidering its cities. Eco-sustainability becomes much more important in Chinese planning. The Chinese government decided to establish permanent farmland belts around 14 of the country’s biggest cities, and soon around smaller cities as well. These areas will be off-limits for commercial development. But prioritizing sustainability at the expense of growth continues to be a contentious issue.

The public asks Girardet what the first step would be to work on the circular economy. In general, energy and urban food supply are important ones. We have to look for ways to revive urban agriculture at the edge of cities, he answers. Therefore it is urgent to create incentives, which means regulation. For example, European legislation plays a major role as incentive for urban decision makers.

To round up, politics is noted as the big elephant in the discussion. You need policy-driven change. The market won’t do it. In European politics, the long-term perspective is not that well represented. The raw materials that we import from China are too cheap. Hence, the government should put a limit to the import of these goods in order to create its own circular economy.

Amsterdam is considered as one of the frontrunners in a circular economy. Van Bueren refers to the graphic of Herbert Girardet shown below, with the concentric circles around the city that show the impact on the hinterland of all these processes. It emphasizes the urgency to close our loops, reduce the input and output and use the resources in the system as efficiently and productively as possible.

Van Bueren adds that from an urban planning point of view this is also very challenging. It looks very simple on this graphic, but can you just put this picture on top of a particular area, for instance the development of Haven Stad in Amsterdam? What do you have to do to make it work? These are some of the many questions that many people involved in urban development projects are intrigued by.

The Buiksloterham is characterized by multiple circular projects. It is an urban area that was supposed to be developed already ten years ago, but which didn’t due to the financial crisis. The former industrial land has a lot of property developers and housing associations that already got a position to build, but they couldn’t afford it anymore. As a result, a vacuum appeared. At the same time this gave room for some other initiatives by people that were already present in that area, such as inhabitants and small companies. After that, new people came that purchased some of the self-built housing plots. They turned out to be very innovative, got together and pushed for circular ambitions of this area. They organized roundtables with everyone involved on energy issues, waste issues, water management and economic issues. This created a good atmosphere, including some very nice initiatives like De Ceuvel: house boats that have been put on shore. In this particular project volunteers were involved and the consulting and venture building company ‘Metabolic’. These ideas came forward through a tender formulated by the municipality as “a good idea for temporary use of this highly polluted land”.

Another example is the Binckhorst in Den Haag. This is an area enclosed by infrastructure, including some small and medium sized enterprises. The developers hired Ger Brouwer as a resource broker, which is a new type of policy instrument. His job is to make areas as resource efficient as possible. He mapped the resource flows: what kind of waste could be used by another company? He came up with the idea to make a recycle point for construction materials. This is often done in circular area development. There are also some companies that try to make a business out of recycling construction materials.

The last example is Cruquius Circulair, also in Amsterdam. This is a more privately developed initiative. The local companies and people already present in that area came together to find out what kind of resource pulling they could do to increase efficiency and to create jobs within the area.

Van Bueren explains the approach in areas that are to be developed in a circular way. One of the first actions is a local input-output analysis. This shows where the big losses are and where the big efficiency gains can be made by coming up with smart connections.

The next step to be made is even more challenging. The local input–output analysis is based on an aerial point of view, but what does it mean from an urban planning/design point of view? Van Bueren tells that nobody actually knows; it is a completely different way of thinking. The flows where the input and outputs come from are global, not local. Material flows have their own economic rational and own organization as well.

Van Bueren emphasized the urge to include urban designers, spatial planners, sociologists and artists in the search for a circular economy. This is because there is also the behavioral dimension, and not just the technical side. If we keep consuming in the way we do now, we will not get far in a circular way of living.

She rounds up by highlighting the missing business case in large scale circular urban area projects. The diagram of Friso de Zeeuw, with the bathtub of investment needed to develop large urban projects, show that you need to make very big upfront financial investments to start these projects. It is hard to get these investments in line with the circular principles if we don’t change some of the other conditions in our economy.

One question is about the main reason that private companies don’t want to take risks. Van Bueren explains that every action done by private companies which is different from what they usually, costs them money or is a risk. Hence, the whole financing structure of how these projects and companies are being financed should change. This means that lots of other stakeholders must get involved as well.

In small scale projects the risks are smaller, so they tend to happen more easily. Van Bueren adds that it will be very interesting in the coming years to see the development of projects like the Binckhorst and Haven Stad. They are bigger scale projects with lots of traditional actors on board that are aware of the need to change and realize circular ambitions, and they are looking for ways to do so.

A circular economy is about innovation in different dimensions
We end up on the national scale with the last speaker Mari van Dreumel (Ministry of Infrastructure and Environment, Circular Netherlands 2050). He is working on the National Program Circular Economy. In this program, the Netherlands have formulated its ambition to have a circular economy by 2050. 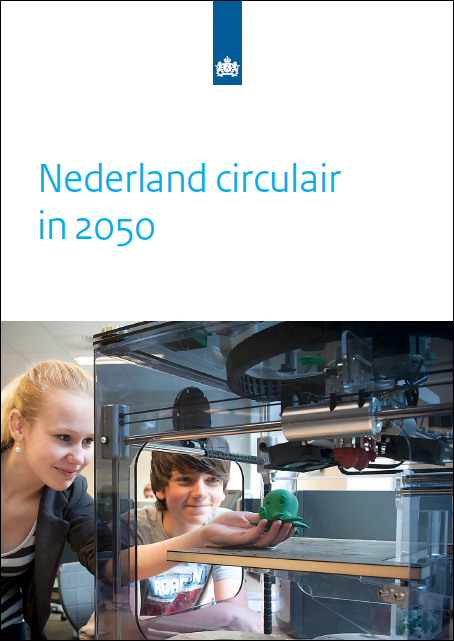 Van Dreumel states that the circular economy appeals to different actors; to the market, to the people and to the government.

The transition from a linear economy to a circular economy is about innovation in different dimensions:

One year ago the National Agreement on Circular Economy has been made. It is a start of working together to accelerate the transition to a circular economy. The goals for 2030 and 2050 are not accountable objectives. Such ambitions help to program the work to be done.
All signatories are involved in developing transition agendas and contribute to their ability.

Someone from the public points out that the Netherlands might aim to be circular in 2050, but we are very much dependant of other countries.  Van Dreumel responds that eventually if you are really circular, you are a closed loop so not dependant on external factors. However, the question is if that is an optimal situation. He concludes with the notion that the circular economy asks for a system change that can be conceived as quite abstract.

A circular economy in the Netherlands by 2050 (summary)